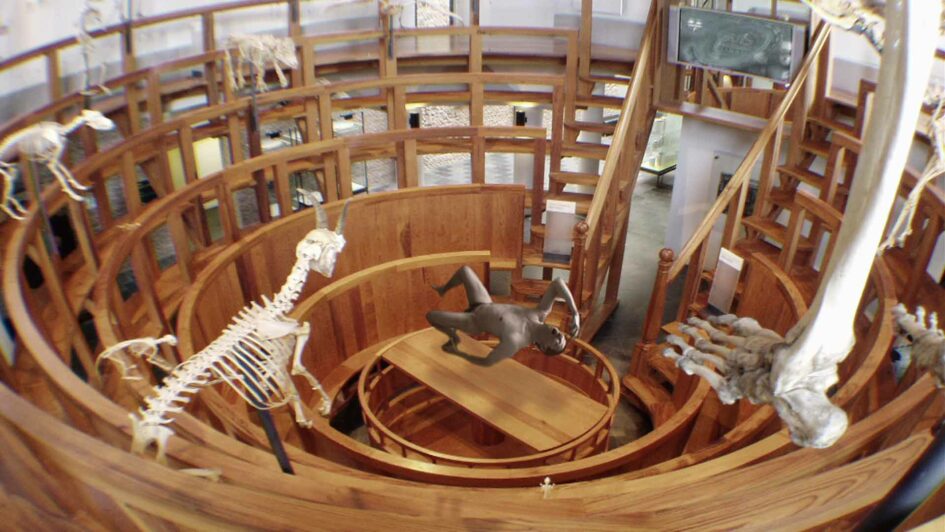 A renaissance anatomical theatre revisited; a ‘Wunderkammer’ (Wonder Chamber) where the law of gravity is invalid and time seems to have come to a stop. The venue is the Theatrum Anatomicum of Leiden University, built in 1596 and reconstructed in 1988. An engraving of Icarus falling to earth by Goltzius is echoed in the pose of the man in ‘suspended animation’.

Image:
Animation of a 17th century engraving of a skeleton in the Theatrum Anatomicum.
Compositing of 360º photographic stills of the anatomical theatre with falling man.
Sound:
Sound morphing of howling wolves with an organ (instrument). 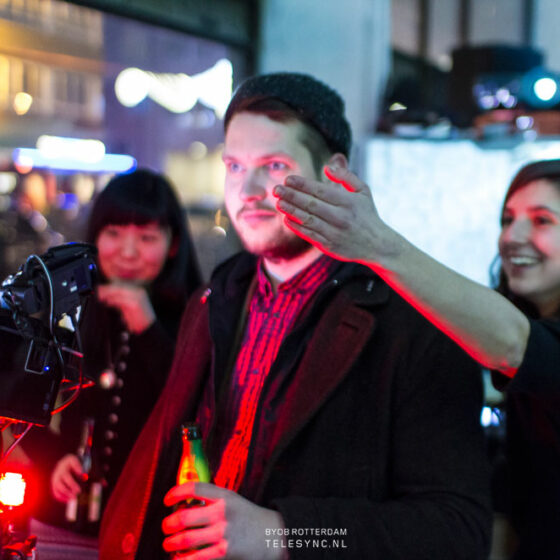 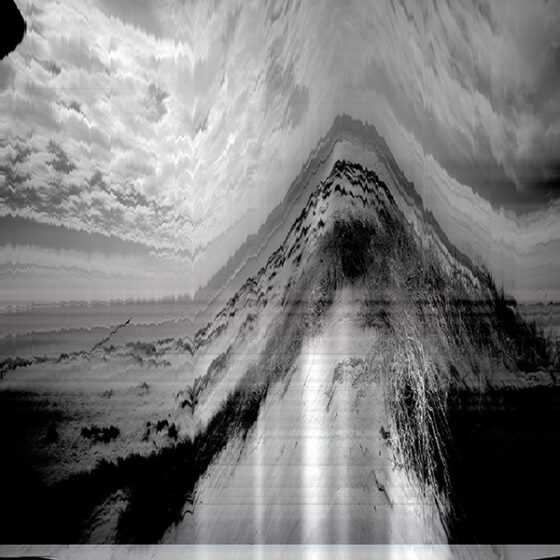 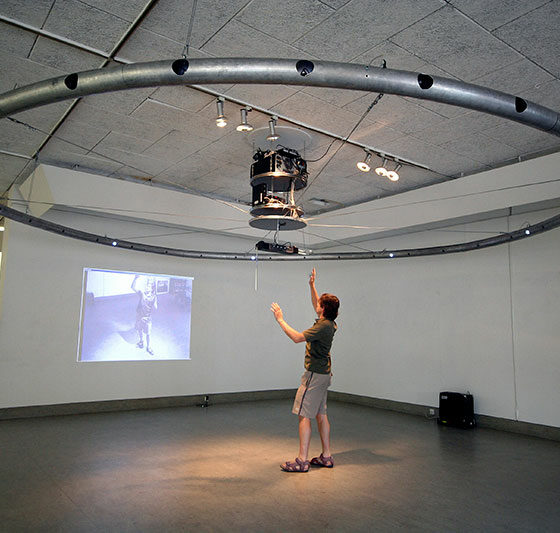 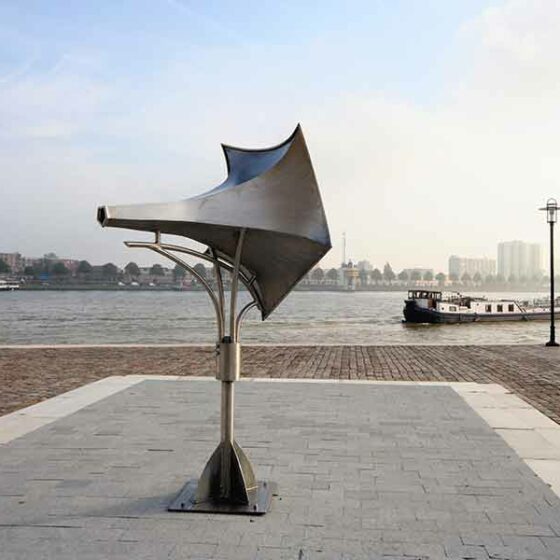